CONTACT OUR TEAM
Home > Workholding > IMAO One-Touch Fasteners
IMAO One-Touch Fasteners are mechanical quick release fasteners for frequent changeover of machinery or fixtures. Quick and easy tool-less clamping reduces set up time in changeover by as much as half. These are helpful to eliminate errors in assembly and installation with simplified procedures. In addition, food manufacturers benefit from these one-touch fasteners where equipment is regularly disassembled for cleaning. Any manufacturer that needs to reconfigure production equipment frequently will appreciate one-touch fasteners.

With the unique cam locking / ball locking mechanism, these quick one-touch fasteners are an alternative to screws for quick changeover with no tools. Quality crafted in stainless steel, dozens of variations are available including: 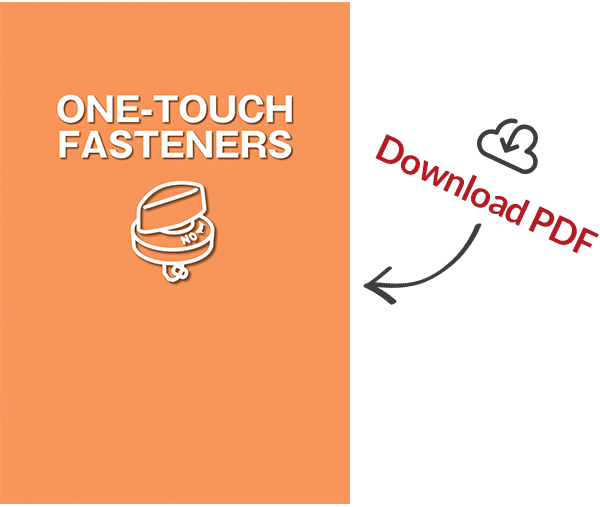 READY TO TALK TO ROMHELD?

Founded in Japan in 1935 as Imao Foundry, the company broadened in 1961 to become Imao Manufacturing to produce standard machine elements. During the 1980s they began manufacturing and selling modular fixturing systems as well as AutoCAD systems and their own software development. They also imported parts from German manufacturers of parity or complementary products.

One-Touch Clamps were developed in 2004, winning a Good Design award in 2006. One-Touch Fasteners followed in 2012 and have become the ‘gold standard’ in machining assembly and installation procedures.

Talk to us about IMAO One-Touch Fasteners. See our page on more IMAO clamps.

How can we help?

Drop us a note about any product, production or packing question and we’ll be in touch.